The first Graduation Ceremony of Kohinoor American School was held on Friday, 24thMay 2019. The celebration started with the academic procession by 22 proud students of Class of 2019.

Mr. Sundeep Waslekar, President of Foresight Group was the chief guest of the day. While addressing the students with a motivating speech, he inspired them to “Be yourself and to accept yourself as a unique and a special individual”.

Mr. Unmesh Joshi, CMD of Kohinoor Group and Chairman of KET and CA Sunil Karve, Honorary Chairman of the Governing Board KET graced the solemn occasion.

The dignitaries adorned the dais after lighting of the lamp. Ms. Mallika Kotian, Director – Schools KET, felicitated the chief guest and they were introduced to the gathering. Mr. Joshi addressed the students and declared the graduation day open.

KAS Pillar awards and Valedictorian Awards were given to the graduates :

Knowledge Pillar Award was given to Kapil Joshi and Sanskruti Sawant.

Wellness Pillar Award was given to Aryan Yadav and Chaitanya Kumar.

KAS Valedictorian Award was given to Christina D’souza and Rithchate Sirimangklanurak and the students gave their valedictorian speech.

Ms. Anuradha Paul, DP Coordinator called out the graduates to receive their Diploma from the Chief guests. CA Sunil Karve, Honorary Chairman of the Governing Board KET congratulated the graduates after rendering the Graduation Oath and wished them success in all their endeavors.

Steve Biju John addressed on behalf of the former Student Council and Class of 2019. The ceremony ended with a touching song ‘Count on Me’ by the graduating Class of 2019, followed by tossing of the caps mixed with goodbyes captured in the photo sessions that will be cherished for years to come.

Mr. Joshi declared the graduation day closed. The function concluded with the vote of thanks and the national anthem. 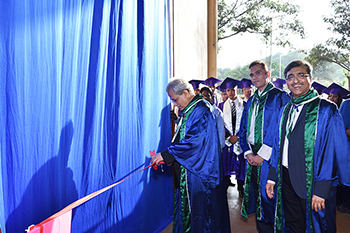 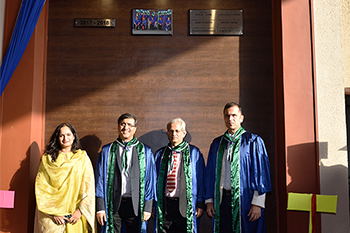 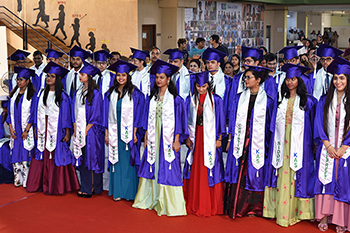 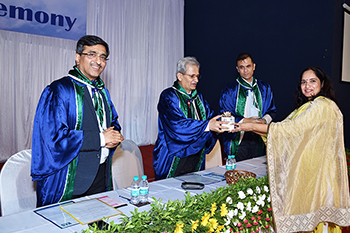 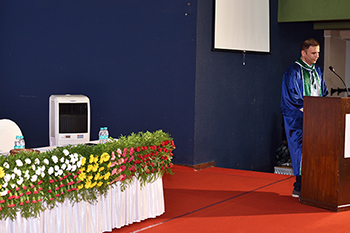 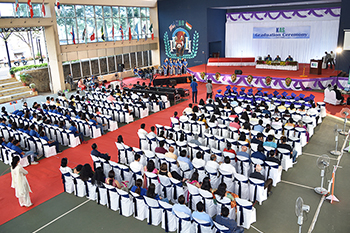 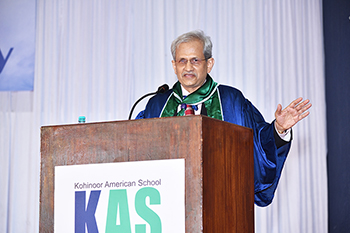 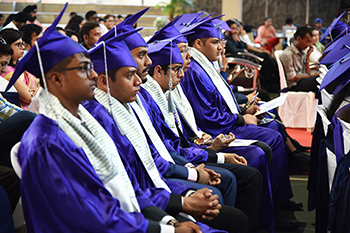 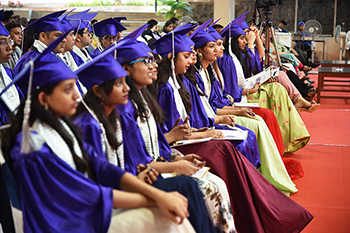 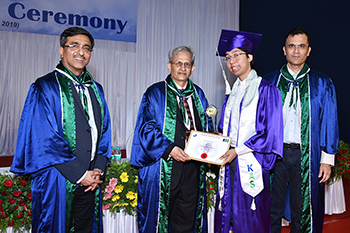 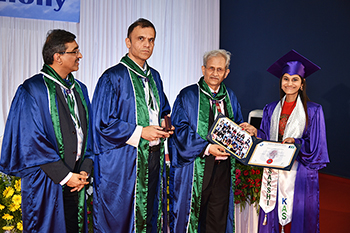 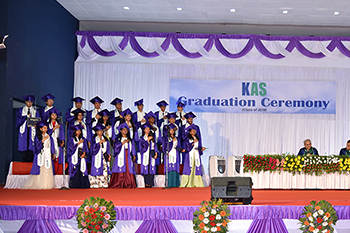 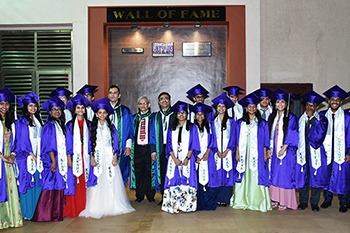